The Nigeria Union ofPetroleum and Natural Gas Workers (NUPENG) have joined the National Union of Electricity Employees (NUEE) in solidarity for the immediate recall of 400 workers sacked by the Ikeja Electricity Distribution Company (IKEDC) without due process.

NUPENG joins NUEE in the 7- day ultimatum given to Ikeja Electricity Distribution Company to recall the sacked workers, failure which, the Union will shut down the Nigeria Gas Company (NGC) that is saddled with supply of gas to thermal stations and plants all over the country.

The Union said that it has put its members on notice in the Nigeria Gas Company (NGC) to commence a shutdownof supplies of gas to the thermal stations and plants if the 400 workers are not called back to work when the 7-day Ultimatum expires. It states that 400 workers of Ikeja Electricity Distribution Company were sacked without due process to relevant labour laws in the country.

The Union also called on the Federal government to quickly address the issue of non-payment of salaries to National Union of Electricity Employees (NUEE) members in the last 16 months across the country.

NUPENG also joins in solidarity to call on the federal government to intervene in the payment of severance benefits to 5,000 members of the Union laid off during the last privatisation exercise. The Union adds that the relevant authorities like the Federal Ministry of Power, National Electricity Regulatory Agency (NERC) should call the Ikeja Electricity Distribution Company to order so that the nation will not be plunged into darkness in the next one week, albeit with the masses currently suffering from acute fuel scarcity.

NUPENG KICKS AGAINST PRIVATISATION OF REFINERIES

NUPENG READY TO PARTNER WITH NNPC TO END FUEL SCARCITY 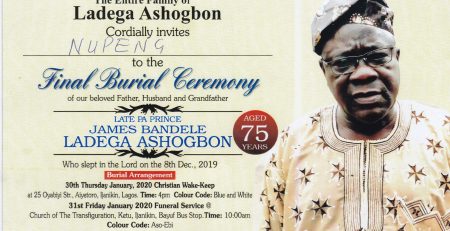 The entire rank and file members of our great Union (NUPENG) mourn the passing away to eternal glory of... read more

COMMUNIQUÉ ISSUED AT THE END OF THE NATIONAL EXECUTIVE

COMMUNIQUÉ ISSUED AT THE END OF THE NATIONAL EXECUTIVE COUNCIL (NEC) MEETING OF NIGERIA UNION OF PETROLEUM AND NATURAL GAS... read more

NUPENG TASKS BUHARI ON THE ECONOMY

NUPENG TASKS BUHARI ON THE ECONOMY The Nigerian Union of Petroleum and Natural Gas workers (NUPENG) is worried and concerned... read more 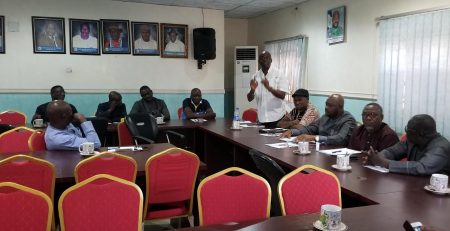