emmanuel ajibule2018-10-23T12:39:11+00:00
Comments Off on PTD Organizes National Safety Training for Members in Lagos Like: 0
Leaders of the Petroleum Tanker Drivers, PTD, branch of Nigeria Union of Petroleum and Natural Gas Workers, NUPENG, at Jibowu in Lagos on Monday, October 22, 2018 commenced a ”National Safety Training for all Tanker Drivers on Steering” to instill discipline, put a check to accidents on highways and save innocent lives.
National Chairman of PTD, Comrade (Otunba) Salimon Akani Oladiti, at the beginning of the National Safety Training Programme, a five-day programme (Monday Oct 22 to Friday Oct. 26 ), said such training of members was a very critical aspect of the union’s goals and objectives.
Oladiti said the Union was aiming at zero tanker accident in the country and urged the drivers to take the advantages of the training, noting that the training would bring changes in their lives and to other road users.
“When you have an opportunity like this training, you have to make use of it. If you can train yourself again, you can achieve more in life. I am happy to see that today, the training and retraining organized by this branch of NUPENG had been able to impact discipline in tanker drivers, and to reduce accident to barest minimum taking into cognizance minimum safety standards”
Comrade Oladiti also took time to expose 61 members of the Union who had been expelled due to misconducts, including fraudulent activities. According to him, those sanctioned will not be employed any longer in the industry because they pose danger to the progress of the union.

“The development is imperative as the union will not want to be tagged as one involved in economic sabotage.

He added that others vices included hijack of truck, manhole manipulation, constant shortage, sales of petroleum product and replacing with bad ones.

He said the training which started three years ago had passed the test of time and equally led to reduction in accidents.

Mr Oladiti said the union had been constantly educating the members on how their contemporaries in developed country operated.

He said that the Union would also ensure the use of modern devices in motoring the members’ activities while on road, saying though, not a new method in most developed countries.

He commended FRSC for its involvement and support in the training since inception of the programme.

The PTD National Chairman further urged members to always be professional in their activities and ensure that their quota contributed positively to national development.

He also condemned a common habit among drivers whereby they remove speedometers from the dashboard of their truck in order not to know their speed.

Besides, the PTD boss noted that the Union would continue collaborating with the FRSC to ensure that petroleum tanker drivers did not become nuisance to the society.

The National President of NUPENG, Comrade Williams Akporeha on his part commended the leadership of Petroleum Tanker Drivers branch of NUPENG for their proactive and visionary initiatives among its members to ensure safety and orderliness on the roads.
Akporeha further said tanker owners must ensure that their vehicles were in good condition to avoid unnecessary crashes.
“We implore you to maintain safety standards and ensure that you do not cut any corners as you go about your businesses,” he said.
Today, I am really impressed that PTD branch of NUPENG and operators of haulage vehicles are conducting regular and relevant training such as this for their drivers, and the drivers are also being taught on how to appreciate safety strategies not only to their advantage only but to other road users.
“It is our joy to see tanker drivers ensuring contents in their vehicles are not dropping on the highways. It doesn’t take any effort for the high inflammable product to explode, if adequate care are not taken. I must also appropriate the efforts of the FRSC and other relevant agencies for their collaborations to ensure safety on our roads ” he said.
Also speaking on Monday was the Federal Road Safety Corps Marshal, Boboye Oyeyemi (FRSC) who said economic loss worth N9.8 billion was lost in 196 traffic crashes recorded so far across the country in 2018. He said that the loss involved the cost of other vehicles, lives and damage to the environment and roads.
He, however, said that there was a slight reduction in the number of crashes recorded during the period, compared to previous years. According to him, the agency recorded 282 accidents involving tanker drivers in 2016 and 240 in 2017.

“We have an agreement with NUPENG PTD to organise periodic training programme for their drivers.

“This is very critical even though we have seen reduction in the traffic crashes involving tanker drivers.

“We have recorded 196 this year and the economic value is about N9.8 billion loss, involving cost of other vehicles, lives, damage to the environment and to the roads.

“NUPENG PTD is putting its best to set up capacity workshop for the tanker drivers. Once they finished in Lagos, the other programme will take place in Kaduna and Warri and this is very impressive.

“We are going to give our maximum support to NUPENG towards ensuring that the 4,000 tanker drivers are fully trained,” he said.

The FRSC boss also urged the union to carry out more visual tests on drivers, saying that it had been discovered that 30 per cent of commercial vehicle drivers had visual acuity challenges.

“We encourage them on the visual acuity test. During the study carried out about three months ago, we discovered that 30 per cent of the commercial drivers experience vision acuity challenges.

“Wearing a pair of glasses is not a crime and will not result to loss of jobs but will improve their vision activity measure.’’

He observed that many of the people were hypertensive and with high sugar levels.

He said that it was important for NUPENG PTD to ensure periodic medical examination for its drivers to ensure road safety culture in the country. 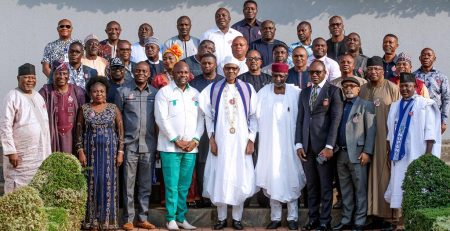 Full Text of President of NUPENG, Comrade Williams Akporeha, During a Courtesy Vist To President Buhari At The Villa

By Emmanuel Ajibulu The National leadership of Nigeria Union of Petroleum and Natural Gas Workers (NUPENG) has formally inaugurated a... read more 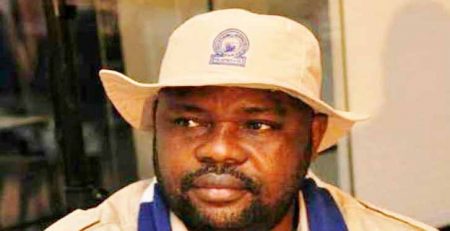 ADDRESS DELIVERED BY THE NATIONAL PRESIDENT OF NUPENG, COMRADE (PRINCE) WILLIAMS AKPOREHA AT THE END OF THE VIRTUAL NATIONAL... read more

PRESS STATEMENT The National Leadership of Nigeria Union of Petroleum and Natural Gas Workers (NUPENG) calls on all members and... read more

Deputy Majority Leader of the Federal House of Representatives, and former National President of Nigeria Union of Petroleum and... read more